Did you know—Finland is one of the best places to live in the world?  In fact, Finland has been ranked by the United Nations as “The World’s Happiest Country” for three years in a row! [World Happiness] This article is meant to act as a primer for anyone who is interested to visit and/or move to Finland. Particularly, it is targeted towards young professionals as well as business owners.

In addition, Finland ranks #11 (of 141 countries) in ‘The Global Competitiveness Index/Report (GCI) of 2019’. [Weforum] Within this, they also rank #1 for their productivity pillars (significant for Fourth Industrial Revolution – 4IR): Institutions and Macro-economic stability. With a population of about 5.5 million, located in Arctic/Nordic region, one would wonder how they achieve such a remarkable feat.

Finland also ranks 5th highest (of 167 countries) in ‘The Economist’s Democracy Index of 2019’. [EIU] The study evaluates 5 major factors of each nation, below is a snapshot of the results.

In addition to strong democratic and economic institutions, a country must be a fun place to live to receive so many accolades.  Finns are famous for organizing crazy sports. Here are some interesting ones.

We humans love the sense of touch & hugging—fellow humans, pets, or stuffed animals. Due to the Corona pandemic, we are forced to stay indoors and avoid human touch. We have learnt to respect mother nature much more in our ‘quarantine time’. The world’s first TreeHugging World Championships 2020 was held in Levi, in Lapland northern Finland on August 22.2020.

In Finnish Lapland, the Northern Lights are visible on roughly 200 nights a year or every other clear night.

Music lovers: Ever tried playing air guitar? It may not easy, but fun to watch. This summer, the Air Guitar World Championship 25th Jubilee was conducted in Oulu, Finland. You can also watch a 2006 documentary about this event, called Air Guitar Nation.

Macho girls/guys: Do you have it in you to play swamp soccer? One must have a well-coordinated & strong body than to be just physically well built. The annual World Swamp Soccer Cup takes place in Hyrynsalmi, northern Finland.

The sauna is a national identity for the Finns for over 2000 years; for example, it was once called the “poor man’s” pharmacy, prompting the Finnish proverb “If liquor, tar, and sauna won’t help, an illness is fatal”.

[Connor Fleming | Eyes on The Prize]

Finland declared independence in 1917, they experienced a bitter civil war starting in 1918 and ending in the 1920s—1930s. This war was based on ideological conflicts – between the Red Guards (socialists, workers, and tenant farmers) and the White Civil Guards (capitalists, Swedish descendants, middle & upper classes, farmers & peasantry). Ultimately, the Reds lost the war, and the White Civil Guards took political leadership in the 1920s—1930s. Since then, Finnish governments have a unique mix of capitalism and socialism, that works wonderfully and has created one of the world’s leading democracies. [Finland History, Wikipedia]

Do you know the meaning of “sisu”?

The dictionary meaning: ‘Strength of will, courage, and resilience in the face of adversity, regarded as qualities and attributes of the Finnish people’ (NOUN). [Lexico, BBC]

Finnish people also possess excellent resilience to recover from a crisis. This quality was demonstrated in at least two important occasions—

* This was primarily due to the dramatic reduction of trade with Russia and the continuing offshore of the pulp and paper industry. The major blow to paper industry was due to the growth of reliable digital alternatives like the iPad. This also led to the loss of Nokia’s dominance in the smartphone market and commensurate impact on its local supply chain. [Finland’s Economic Crisis, ETLA]

Across the world, it is extremely rare to compare a politician to a CEO—accountability and delivering their KPI’s. Each prime minister (& political party) in Finland set out their deliverables, if they fail to deliver, the prime minister and/or their political party quit. This is comparable to a CEO and the Board of Directors of large publicly listed and responsible firm.

Within the Eurozone, Finland (also uses Euro as its currency) is highly competitive—the average long-term interest rates are like major European powerhouses like Germany, France, and the United Kingdom. [Globaledge, OECD]

On a similar note, as the interest rates, the inflation rates are extremely low [39]. Their Financial System’s Stability is ranked #1 in 2019’s Global Competitiveness Index. [OECD, Weforum]

Finland has one of the highest GDP per capita (US $48,600.00), though their disposable income per capita (US $34,500.00) is only slightly above the Euro area average (US $33,700.00). This is partially due to high taxes—funds for free-education, social security benefits & Medicare system. [Ceicdata, OECD, Stat.fi, Statista]

Finnish Individuals pay on average about 20% as income tax, with a top personal marginal tax rate 53.75%, which ranks it 4th highest in Europe while VAT for goods & services is between (10-24%). Finland lowered its corporate rate to 20% in 2014, ranking it in the middle of the pack in Europe. [Taxation-of-earned-income, Personal-income-tax, Corporate Tax]

Finland ranks high (#17) in the Labour Market Index of 2019’s Global Competitiveness Index. This includes some of the world’s most progressive worker’s rights and active labour market policies. [Weforum]

Finland’s working age population is about 62% (2020), this percentage is expected to have a steady decline by about 0.5-1.0% every 10 years up to 2070. Their short-term (yearly) unemployment rate is significantly higher than the OECD average (6.7% vs. 5.2%), though this unemployment rate is steadily decreasing over the past few years. [Europa.eu, Stat.fi, OECD]

Finland is one of Europe’s digitally most advanced economies. The government helps citizens embrace and access new technologies that help the economy grow steadily. This includes:

Finland has some of the most progressive laws in the world, which include:

[Nomadic Matt | Best Things to See & Do in Helsinki]

As a young working professional, one would seek a safe, friendly, and open country that provides growth opportunities. Currently, due to trade wars, pandemic induced recessions, many countries have become nationalistic, and polarized towards some sections of their societies (including foreigners). This hampers the growth of their economy and society. To avoid such a hostile society, immigrating to Finland would be a good choice. [90-Day Finn, Helsinki city, Visit Finland] 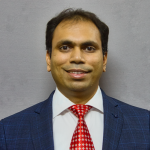